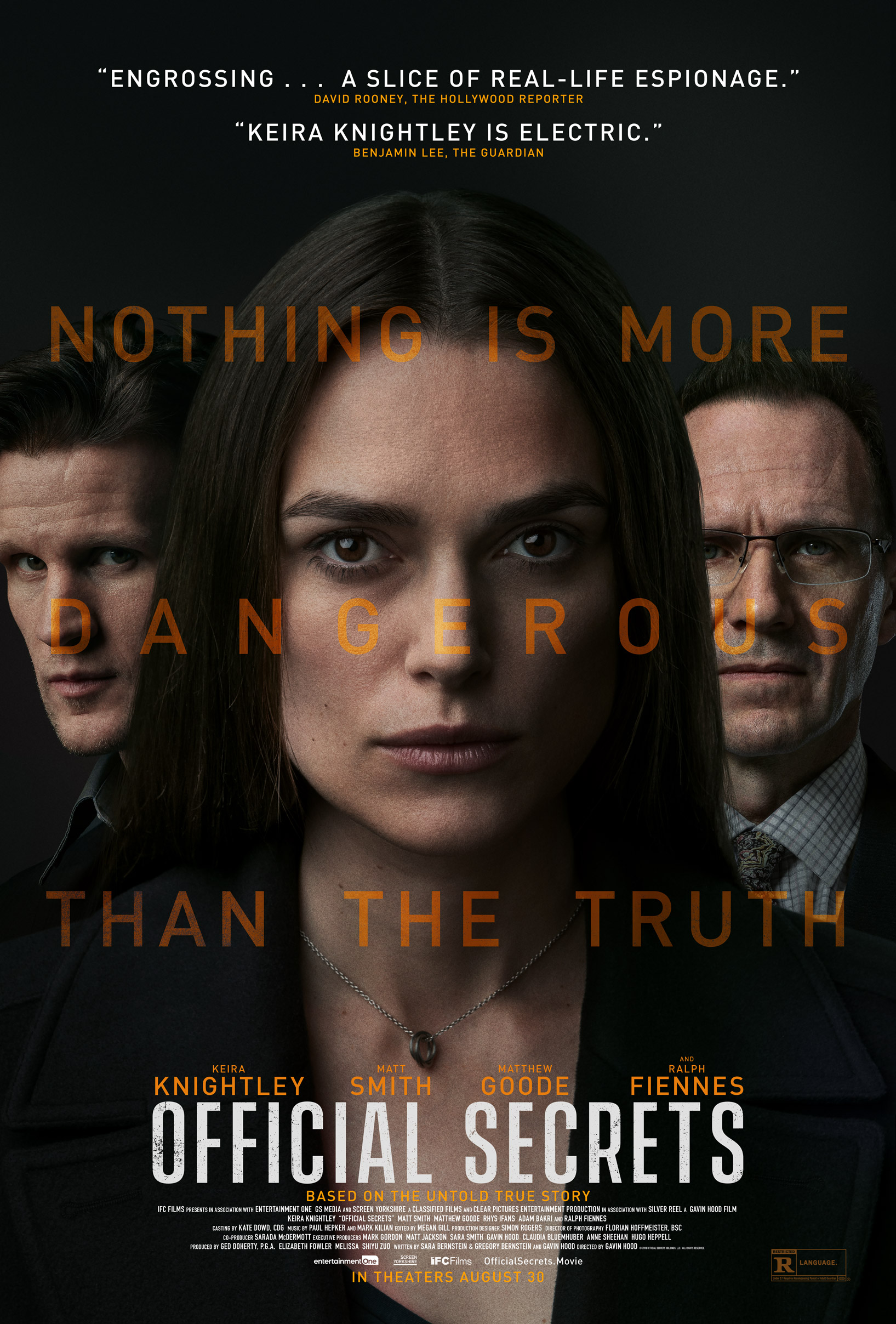 I’ll Tell You a Secret: Official Secrets is at FCFF 2019

As the British government seemingly preps to tear itself asunder, there’s something satisfying about the timing of Official Secrets, the story of conscientious whistleblower Katharine Gun. And while other whistleblowers have been making headlines in the UK lately, Gun is an appealing figure — portrayed fantastically by Keira Knightley — whose scandalous findings should have been the downfall of two of the world’s most powerful governments.

After exposing the US government’s attempt to connive itself into invading Iraq in 2003, Gun is arrested and charged under the UK’s Official Secrets Act. A stellar supporting cast (Matt Smith, Ralph Fiennes, Matthew Goode), propels Official Secrets asit exposes the sinewy and shadowy government practices that lead to the invasion of Iraq, and details the more personal tale of Gun and her husband’s (a Turkish refugee) harsh treatment at the hands of the Blair government.

Hindsight is of course 20/20, but what Official Secrets does so well is expose the fallacious invasion of Iraq —moving beyond Bush’s famous phantom weapons of mass destruction — and call into question his War on Terror and the Axis of Evil.

And so, while Gun was ultimately unsuccessful in stopping the invasion of Iraq (no spoilers there), Official Secrets channels enough moral outrage to augment the strength of the film — it’s far more All the President’s Men than The Fifth Estate. Official Secrets remains particularly poignant, even twelve years post-Bush and Blair, as we enter a political climate just as tumultuous on both sides of the Atlantic as 2003.

Official Secrets will screen at the Forest City Film Festival on Saturday, October 25 at 3:00 pm.

This post was originally published at forestcityfilmfest.ca and written by Will Sharpe.