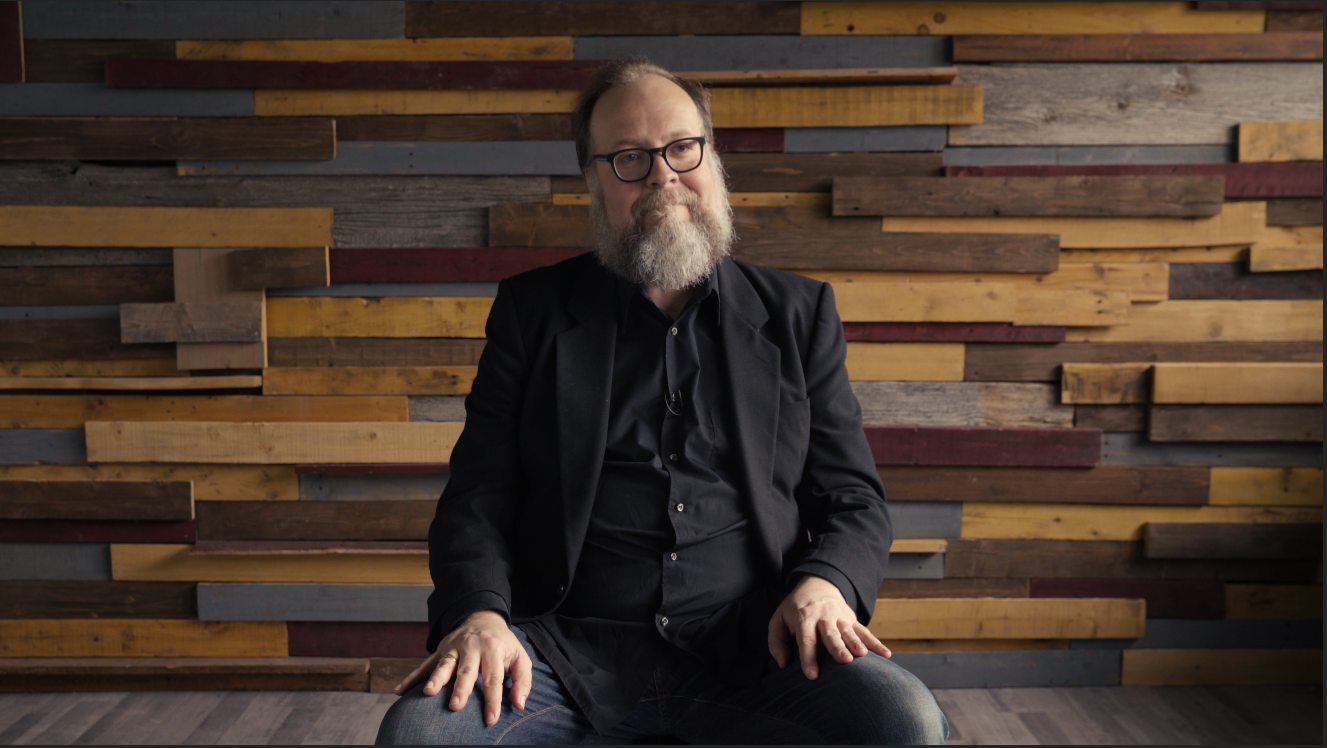 Jason Rip, a giant—literally and figuratively—of London’s local theatre scene, sits down with filmmaker Matthew Downs to talk about storytelling, theatre, staying local, and sharing a name with a tombstone epitaph.

Rip has been writing, directing, acting, and producing plays in London, Ontario for over twenty years. Where many of his peers have left London for larger cities, he describes himself as a “regionalist.” His most recent accolade, the Chris Doty award, is described as a kind of lifetime achievement award—and Rip has been around so long that he was actually friends with the late Chris Doty, after whom the award is named. Panels of friends and collaborators slowly piece together the picture of a man, and Rip talks about his successes, failures, and influences—all interspersed by scenes of his latest project at TAP Centre for Creativity, a familiar downtown location for many Londoners.

While you wait for his future plays, come watch Jason RIP: A Tombstone Epitaph at the Forest City Film Festival on Saturday, October 26 at 12:30 pm, and Sunday, October 27 at 12:20 pm.

You might also like
One of the following
Submissions are open for FCFF 2022!
The Art of Documentary Design
LGBTQ+ Teens Share Struggles and Triumphs in “Room to Grow”
Search
Film Categories
Plan Your Day

LGBTQ+ Teens Share Struggles and Triumphs in “Room to Grow”