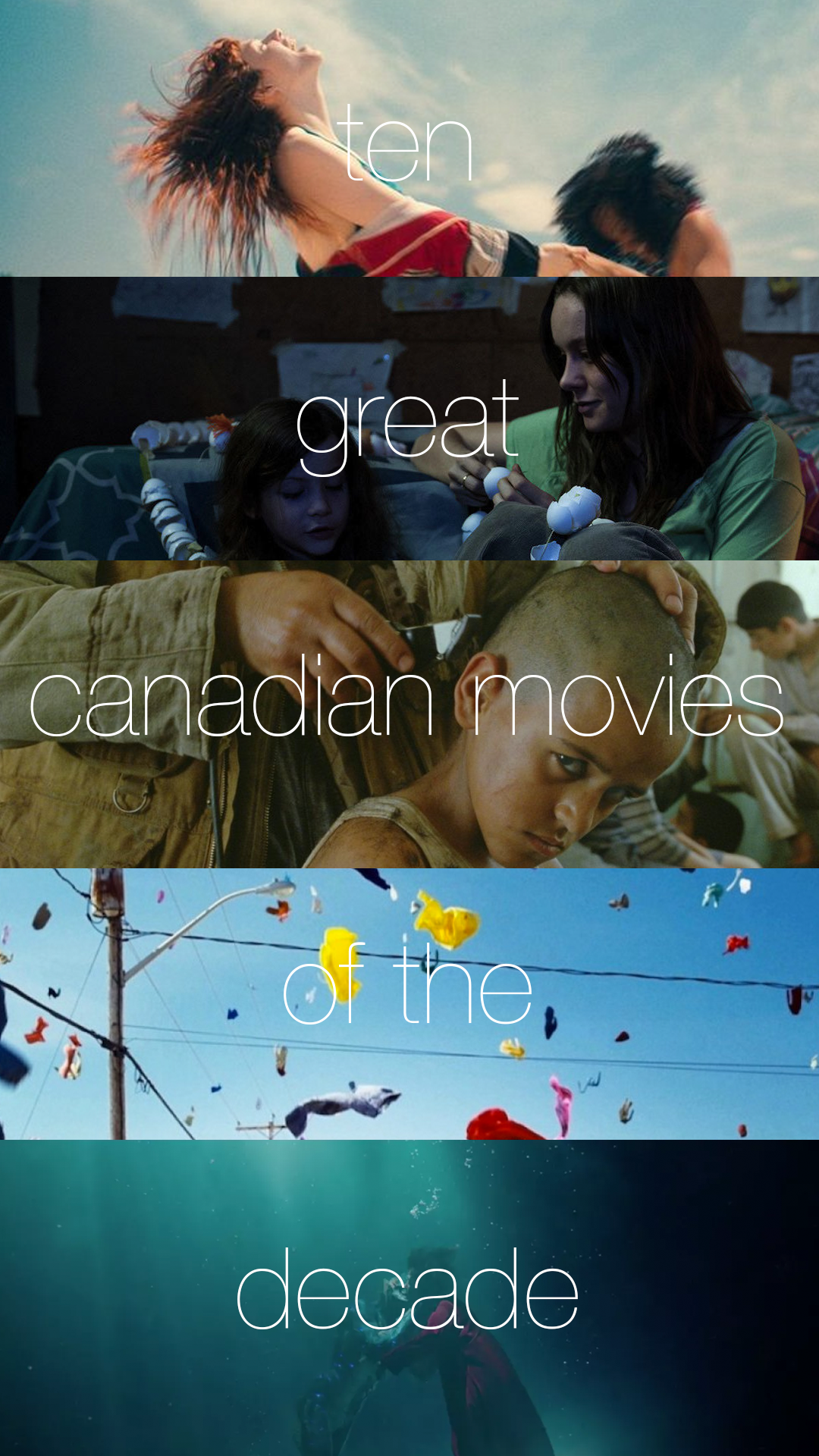 In the past decade, Canada has become a major hub for film production. You might remind the “Made in Canada” ad from this past year’s film festival. I’m proud to be a Canadian film lover and proud of our country’s contribution to movies. For this list, we’re focusing on movies that are produced primarily by Canadians, not just shot in Canada.

With ENEMY, Quebecois sensation, Denis Villeneuve proved himself capable of working in the English language. Released side by side with his Hollywood blockbuster, PRISONERS, both films helped launch Villeneuve into the Hollywood mainstream, where he has been named “Director of the Decade” by many different critics groups.

Don’t let the American flags fool you, this mockumentary about faking the moon landing was made as a master’s thesis for York University. The film is a hilarious and thrilling spy thriller, which is made especially good if you’re familiar with some of the conspiracy theories.

WEIRDOS is one of the sweetest road movies around, following two teenagers and an imaginary Andy Warhol as they take a road trip around the East Coast. This maritime movie never made a big splash with mainstream audiences, but it’s an extremely Canadian, lovely indie.

Director Brett Story ventured to New York City in August of 2017 with a camera crew and a month free to wander. August was supposed to be the hottest month ever on record in New York City. Story’s documentary is a beautiful essay about the hopes and fears of the working class during a climate crisis, as she interviews random characters on the street about life and other things.

BROOKLYN may not look like a Canadian movie, with its Irish story, and its New York setting, but I assure you, this movie was financed by Telefilm Canada, and nominated for the Canadian Screen Award for best picture… alongside the Oscar for Best Picture.

Former child actor and Stratford star, Sarah Polley directed this wonderful documentary about her family, and the lies and stories that have been spun over three generations. STORIES WE TELL is incredibly intimate, and a unique documentary form from a director who has previously only worked in fiction.

At the age of 19, Xavier Dolan made his first film, at 20 he made his second film, which is HEARTBEATS. Now, at the age of 30, Dolan has made eight movies, (!!!) every one of them unique and interesting. But HEARTBEATS, ripe with the energy and drive of a kid determined to prove his worth in a competitive industry, remains one of his best.

STARBUCK, which was remade into an American movie starring Vince Vaughn, titled DELIVERY MAN, is an essential Canadian crowdpleaser. The film focuses on a 30-something slacker who discovers that through donations to the Sperm bank, he has fathered over 100 children. It’s a raunchy, heartwarming comedy that will leave you laughing hysterically.

One of Canada’s three Oscar nominees for Best Foreign Film over the past decade. MONSIEUR LAZHAR is the beautiful and haunting story of an immigrant who steps in as an elementary school teacher in the wake of the current teacher’s suicide in the workplace.