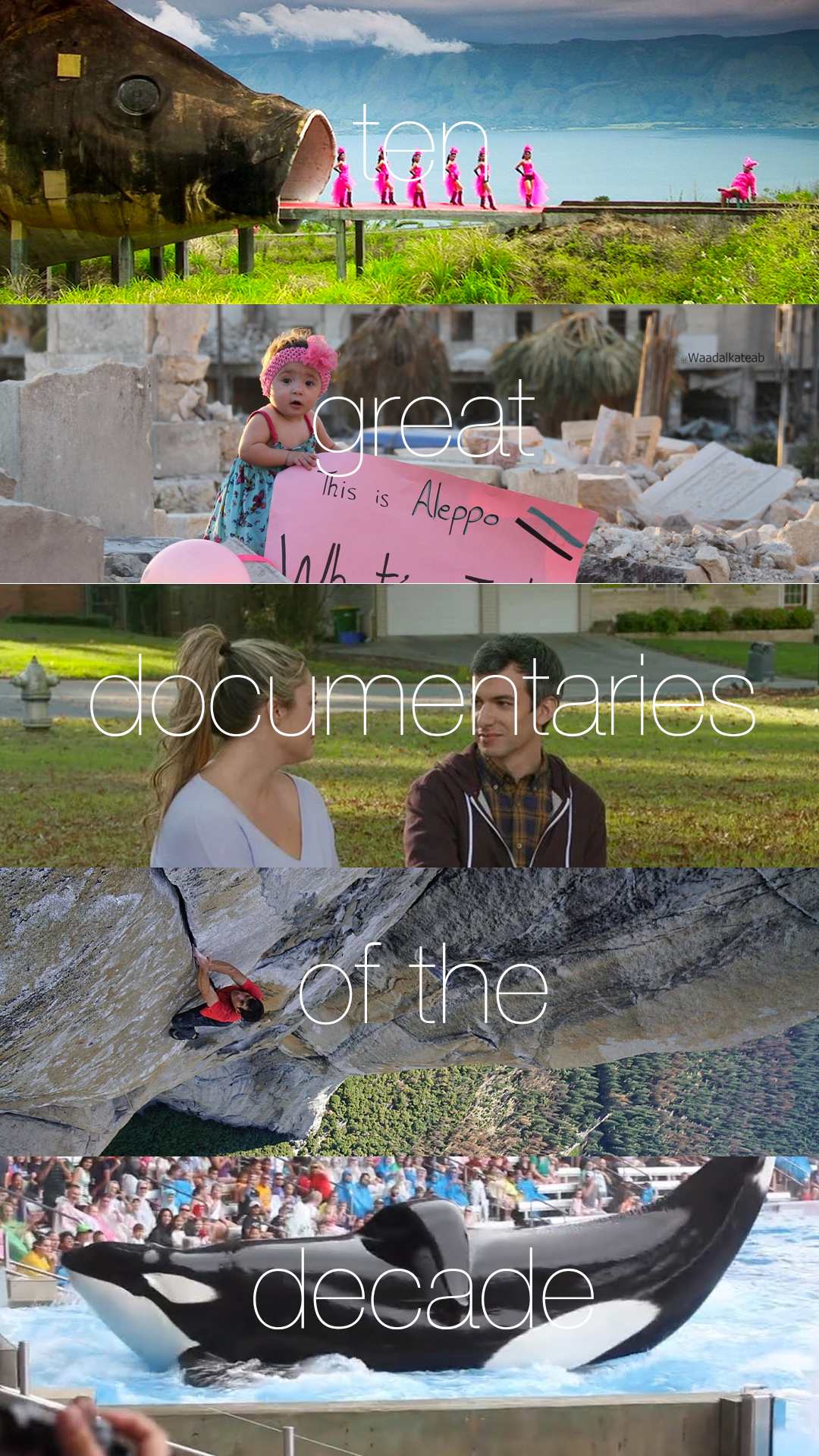 Over the 2010s, the popularity of documentary films has exploded, with easy access to all sorts of fascinating docs on platforms like Netflix. In the past decade, documentaries have helped expose the corruption in the US government in CITIZENFOUR, and even largely contributed to destroying SeaWorld’s business in BLACKFISH. Here are 10 of my favourite documentaries from the past decade.

CUTIE AND THE BOXER is a strange documentary about two Chinese artists living in New York City, one of them draws comics, the other one makes abstract art by punching canvases with paint-soaked boxing gloves. This investigation into their lives is extremely tender and quite funny, and earned this movie an Oscar nomination.

This film about fashion designer Alexander McQueen could not have sounded further away from something I was interested in before I watched it, but within 5 minutes of this documentary about the avant-garde rebellious nature of this artist, I was hooked. The music of this is an added bonus, but I loved learning a lot more about a subject I never think much about. I’m now convinced that high fashion is one big inside joke.

In the early 1970s, a musician in Detroit released two albums to spectacular commercial failure and disappeared off the map. These albums became a cultural phenomenon in South Africa, and nowhere else. This movie becomes an investigation into how this happened, and how South African music fans tracked down the artist who defined their teenage years. It’s an incredible story, and you might just discover a new favourite musician!

Ava DuVernay, who directed SELMA and the Netflix miniseries WHEN THEY SEE US, delivered her masterpiece in the form of this essay documentary about modern slavery and mass incarceration in America. You will spend most of the runtime weeping, and will be shocked at how much you learn within even 5 minutes of this.

A film so ridiculously strange that they have to constantly remind you that “yes this actually did happen”. Fans of conspiracies and mysteries will love this movie about a rabbit hole that a reporter falls into when he writes an article about “Competitive Tickling”, which leads hundreds of death threats and lawsuit threats into his email. The film uncovers a massive conspiracy of extortion behind a front of videos of grown men tickling each other.

THE SALT OF THE EARTH is a career retrospective of an incredible photographer, and shines a light on some of the most gorgeous pictures ever taken, and shows how photography can represent some of the deepest parts of the human condition.

EXIT THROUGH THE GIFT SHOP has been the subject of many years worth of debate over whether it actually is a documentary or if it’s just another work of street art by Banksy. This film starts in the hands of a man who wants to find out about who Banksy is, and ends up having the camera turned on himself as he decides to become a street artist. Whether or not these events actually happened or whether it was all staged, it’s a great documentary.

Whether Mr Rogers was a part of your childhood or not, WON’T YOU BE MY NEIGHBOR? will make you want to be a better person. This film is the perfect explanation of why Fred Rogers was important, and the execution feels so perfectly tender. This is a film Mr Rogers himself would be proud of.

The second to last film from cinema’s grandmother, Agnes Varda. Varda at the age of 86 set out on a road trip across France with a young artist, JR, and the two of them formed a beautiful friendship as they created art out of the people they met along the way. This movie is so special, not only because it feels like a metaphorical passing of the torch from one generation to another, but because Agnes Varda has a genuine positivity in life that few people possess. Watching FACES PLACES is a magical experience that will inspire you to view the world as a wonderful place.

The Cinematic Journey of a Youth Film Fest Alumnus

A Creative Arts Queen and Producer in the Making