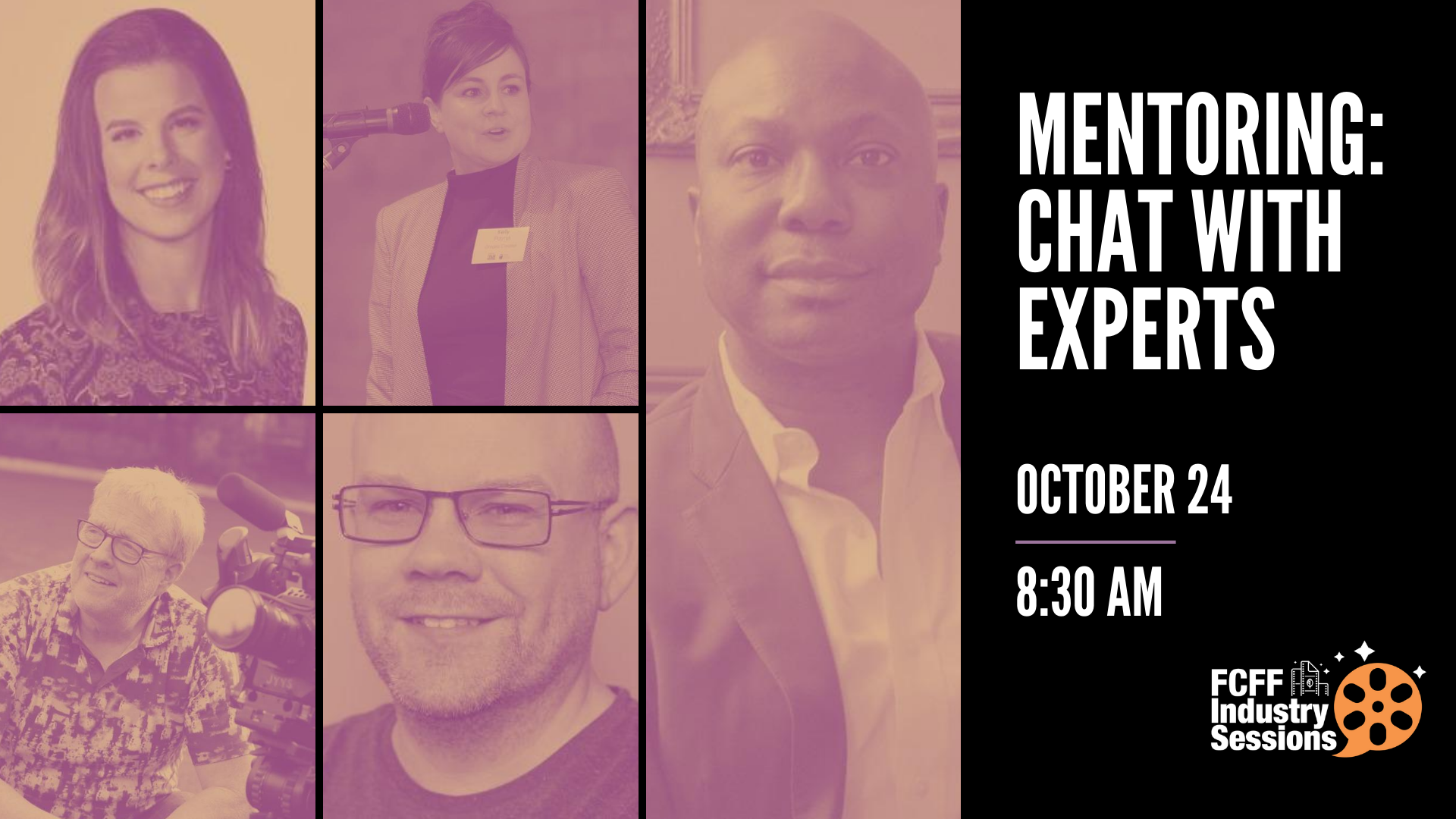 Are you an aspiring filmmaker looking to get your foot in the door? Do you have an idea or script for your next film, but not sure who to pitch it to? Are you an experienced filmmaker in need of resources or connections to start your next project?

If you answered yes to any of these questions, then this session is perfect for you!

Through this session, you will get the opportunity to engage in meaningful conversations with some of Canada’s top industry professionals, all coming from different sectors of the filmmaking industry. You will choose 4 experts to each spend 15 minutes with, and each expert will have a maximum of 4 guests at their “Virtual Table.”  These small numbers will allow everyone to have a chance to ask their questions and receive personalised advice.

Regardless of which expert you choose, you will be getting advice and an engaging conversation with some of Canada’s most experienced and accredited filmmakers. Whether you are looking for information about grants, documentary filmmaking, festival programming, TV production or just more knowledge on the industry, these casual mentoring sessions will be incredibly valuable to anyone in the industry.

Since these sessions will be small, there are limited tickets available so make sure you get them before they sell out!

You might also like
One of the following
Coming Soon to the OSCC..
PLAYBACK OF OSCC 2021
National Indigenous Peoples Day: Celebrating Abenaki Artist Alanis Obomsawin
Search
Categories
Recent Posts