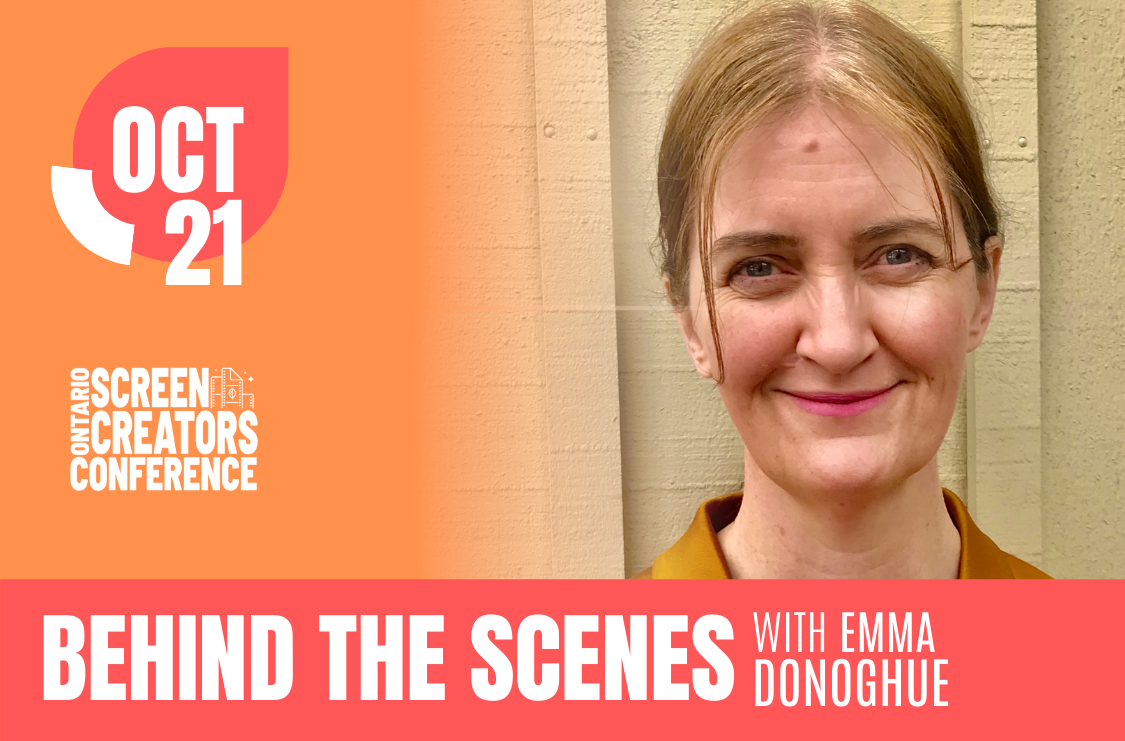 Go behind the scenes with Emma Donoghue at OSCC 2021

One of the first events to kick off the OSCC weekend is a Behind the Scenes seminar: An intimate chat with the award winning novelist, screenwriter, and playwright Emma Donoghue.

Donoghue was born in Dublin in 1969 and currently resides in Canada with her family. Donoghue’s novel Room (2010) sold over two million copies and was shortlisted for the Man Booker and Orange Prizes. Donoghue adapted Room into her first feature film starring Brie Larson. The film was nominated for four Academy Awards for Best Adapted Screenplay, Best Director, Best Picture, and winner for Best Actress.

In recent news, she adapted her award-winning novel The Wonder (2016) into a feature film that is filming in Ireland at this very moment. Sebastián Lelio and Alice Birch are set to direct the film with Florence Pugh as their lead. Coming to screens soon!

Donoghue will be joining us at the OSCC to talk about her experiences within the industry. Touching on important topics for filmmakers on every level, such as creative writing, adapting a novel into a screenplay, and so much more! The seminar will be hosted by CBC’s Kate Dubinski, making it a must attend event!

Tickets for Donoghue’s Behind the Scenes seminar are available now and can be found through the link below. Don’t  miss out on this amazing opportunity to learn from a true Canadian legend!

How Did You Film That? The most surprising experimental filmmaking techniques at FCFF 2021

The Art of Filming in Black and White