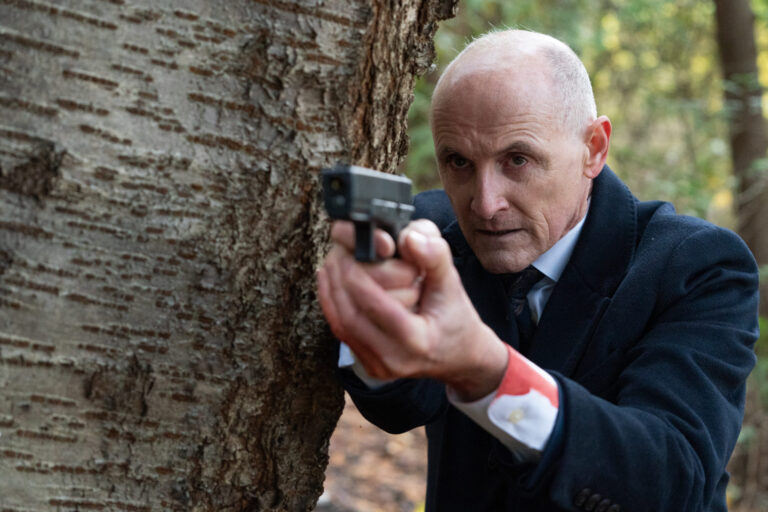 Go behind the scenes with Colm Feore

This Sunday October 17th, coming to the Ontario Screen Creators Conference to kick start its first ever year, is Colm Feore. The OSSC is offering a Behind the Scenes chat with internationally recognized Canadian actor Colm Feore, where attendees will get a sneak peak into the film and theatre industry through the eyes of a seasoned professional.

Colm Feore has created a host of indelible characterizations on film, television, and stage, in both French and English. Colm is well-remembered in Canada for his Gemini-winning performance in the mini-series Trudeau, and his Genie-nominated turn as the legendary pianist in Thirty-Two Films About Glenn Gould. Feore is an Officer of the Order of Canada and a Governor General’s Performing Arts Lifetime Achievement Award laureate.

Colm first found his roots in acting through the stage at the Stratford Festival, where he’s played virtually all of Shakespeare’s leading men, including Richard III, Iago, Romeo, Hamlet, Macbeth, and King Lear. His time at the festival spanning approximately 13 years not only acting but also taking on the role as executive director during a small portion of his time at Stratford.

He is also well known for his roles within Iron Eagle II, Face/Off, City of Angels, The Red Violin (which won him a Jutra Award), The Insider, Titus, Pearl Harbor and The Perfect Son (for which he earned a Genie nomination for Best Actor). However, his most successful film in Canada was the box office hit Bon Cop, Bad Cop. Colm was also featured in The Amazing Spider-Man 2, in King Lear, the series Gotham (2015), House of Cards, the Canadian thriller Mean Dreams, and reprised his role as Martin Ward in Bon Cop Bad Cop 2.

International screen credits most recently include Borgias, House of Cards, For All Mankind, and The Umbrella Academy and Astronaut.

Tickets for Feore’s Behind the Scenes seminar are available now and can be found through the link below. Don’t miss out on this amazing opportunity to learn from a true Canadian legend! You can even use the coupon code ilovefcff for a 50% discount on tickets to this stellar event!

Feore will also be joining us at the Lerners Opening Night on Wednesday, October 20th. Feore appears in both films of the evening! The evening begins with the short film My Soul to Take, a cautionary tale about our reliance on modern technology. The spy thriller Trigger Point follows that, as a retired spy is dragged back into his former career when a colleague disappears. Following the films, Feore will be joined by both directors, Brad Turner and Laura Vandervoort! This is a stellar evening that is not to be missed!

Behind the Scenes with Colm Feore

Lerners Opening Night: Trigger Point, with My Soul to Take

The Art of Filming in Black and White