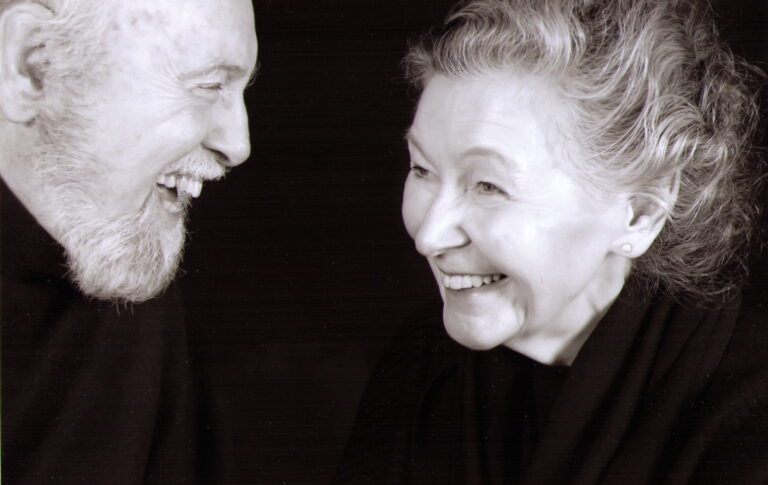 REBEL ANGEL: A Labour of Love

In a festival packed with London connections, Christopher Lowry’s Rebel Angel stands out as a story full of heart, passion, and Southwestern Ontario.

Rebel Angel is a portrait of the life of the late Ross Woodman, who taught at the University of Western Ontario for almost 50 years. I was lucky enough to sit down with Woodman’s student, long-time friend, and the director of Rebel Angel, Christopher Lowry, to discuss this incredible documentary.

Back in 1999, Lowry interviewed Woodman, banking 2 hours of spiraling thoughts he would revisit upon Woodman’s death in 2014. 15 years later, it was clear to Lowry that this would the “the spine of a film”.

Throughout the writing, filming, and editing process, Rebel Angel took on many forms. With over 130 source materials, including “everything from old Hi 8 footage to old rough archival cinema to 16MM newsroom footage from CFPL tv”, this 90-minute documentary was a labour of love.

“That’s the thing that keeps you awake at night when you’re working on something,” Lowry says. “How to tell the story in a way that is not just the content, but the form, the shape of it.”

The film’s intricate pairings of videos alongside Woodman’s and Lowry’s narrations allows audiences to immerse themselves in the times and spaces that shaped Woodman’s life. As Lowry explains, “it’s a puzzle… in the end [the viewer will] put the puzzle together, maybe in a different way than another viewer, but they’ll put it together in a way that will be worth the ride.”

Rebel Angel also contains never-before-seen interviews with the late Marion Woodman, a prolific scholar, and the wife of Ross Woodman. She explains the joys and sorrows of her marriage to Ross, furthering the compassionate core of the film.

Woodman sparked Lowry’s passion for filmmaking back when he was a student in Western’s English department, and years later, the bond they formed is being expressed on screen. Lowry tells me that Woodman’s mentorship was lifechanging for him: “anyone would be lucky if they submit their ego at an early stage in their career to learn from people who are older, wiser, who are gifted and have a track record.”

Film is a collaborative medium, one driven by openness to experience, leaning on friends, and the desire to tell a story.

“Anyone should just find the time and the energy and dream something up and get out in the garden and shoot a story” says Lowry.

Join us for the world premiere of Rebel Angel on Saturday, October 22nd, at 6:00PM.

Buy Tickets Now
You might also like
One of the following
Letter from Dorothy
The Official OSCC Call List
Networking: Press PLAY
Search
Film Categories
Plan Your Day