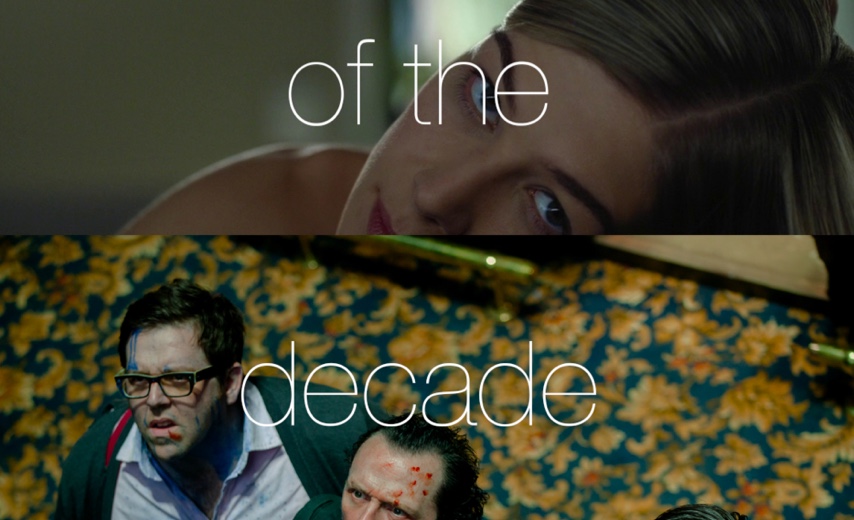 Quentin Tarantino’s slavery epic DJANGO UNCHAINED is a sharp translation of a classic folk tale, translating a story of heroism and dragon fighting into the antebellum south. It’s Tarantino’s classic revenge fantasy taken up to 11, as slaves are given the agency to fight, kill and quip their way across the south. It’s Tarantino’s best script; his funniest, his most action-packed, and his most linear and clear story. Nothing can top DJANGO UNCHAINED in terms of a satisfying movie experience.

In 2010, the prospect of making a movie about Facebook seemed like the stupidest idea. The company was still young, it was everywhere, everyone used it, but in 2020, things have changed a lot in terms of Facebook’s global influence. This brilliantly written movie about Mark Zuckerberg’s rise to power is the CITIZEN KANE of our time, becoming more and more relevant with every passing year.

This sci-fi romance about a man who falls in love with an artificial intelligence radiates warmth and kindness. It is at once the most romantic, and the loneliest film of the decade. It’s a tale of longing for connection in a world where connection no longer seems possible. All set in a futuristic Los Angeles, with a gorgeous soundtrack from Arcade Fire. HER hits all the right notes to warm your heart before shattering it.

By far the most obscure film on this list, if you haven’t heard of it, don’t feel bad. Just check it out. From an animator best known for a handful of viral short films (REJECTED CARTOONS being the most well known) and a surreal couch gag on The Simpsons. IT’S SUCH A BEAUTIFUL DAY is a collection of 3 short films edited together, telling the story of a terminally ill man, who learns to recognize the beauty inside the monotony of everyday life. All animated with stick figures, this film manages to be more deeply human than most movies with a live action cast.

I remember watching SCOTT PILGRIM VS THE WORLD for the first time in 2010. I had never seen a movie that was so proud to be Canadian, honestly, I had probably never seen a movie that was even set in Canada. SCOTT PILGRIM VS THE WORLD proclaims loudly from the start that this is a movie set in Toronto and it’s not going to hide that in the slightest. It’s a loud, energetic, and off the walls dorky comedy about a nerdy-gamer/bass guitar player trying to win the heart of the girl of his dreams… by fighting her 7 evil exes.

MOONLIGHT is a small miracle. A deeply personal, and extremely artsy film, in which not much happens, and yet so much growth is felt. This film follows one man in three different points of his development. In his childhood, his teenage years, and when he’s a fully grown adult. You will feel like you have grown up alongside Chiron, and his deep internal pain becomes our pain as an audience.

Alfonso Cuaron’s deeply personal epic, based on his own childhood memories, is at once both sweeping and grandiose, and unflinchingly intimate. ROMA is the story of the director’s childhood nanny, during a time of personal turmoil for both his family, and the nanny’s own life. Filmed in Mexico City, Cuaron meticulously recreated every detail of his childhood to stunning effect. In essence, ROMA feels like a portal into memories, and a touching portrait of family love.

The first time I saw LA LA LAND, I was weeping by the time the title card popped up on the screen at the end of the opening musical number. This movie is a great tribute to the Golden Age of Hollywood’s spectacular technicolour musicals, and it is every bit as fun as something like SINGIN’ IN THE RAIN. But what makes LA LA LAND stand out is the way it blends the musical fantasy into a realistic romance, which goes from a dreamy Hollywood fantasy to a sobering reality.

The mind-bending, time-shifting, convention-breaking film that defined the direction that big-budget spectacles would take for the next ten years. INCEPTION was a miracle, an original concept, not based on anything else, which challenged viewers to dream bigger. Not only does it remain one of the most imaginative blockbusters out there, but its wonders have not been diminished one bit by the dozens of imitators that have followed in its footsteps.